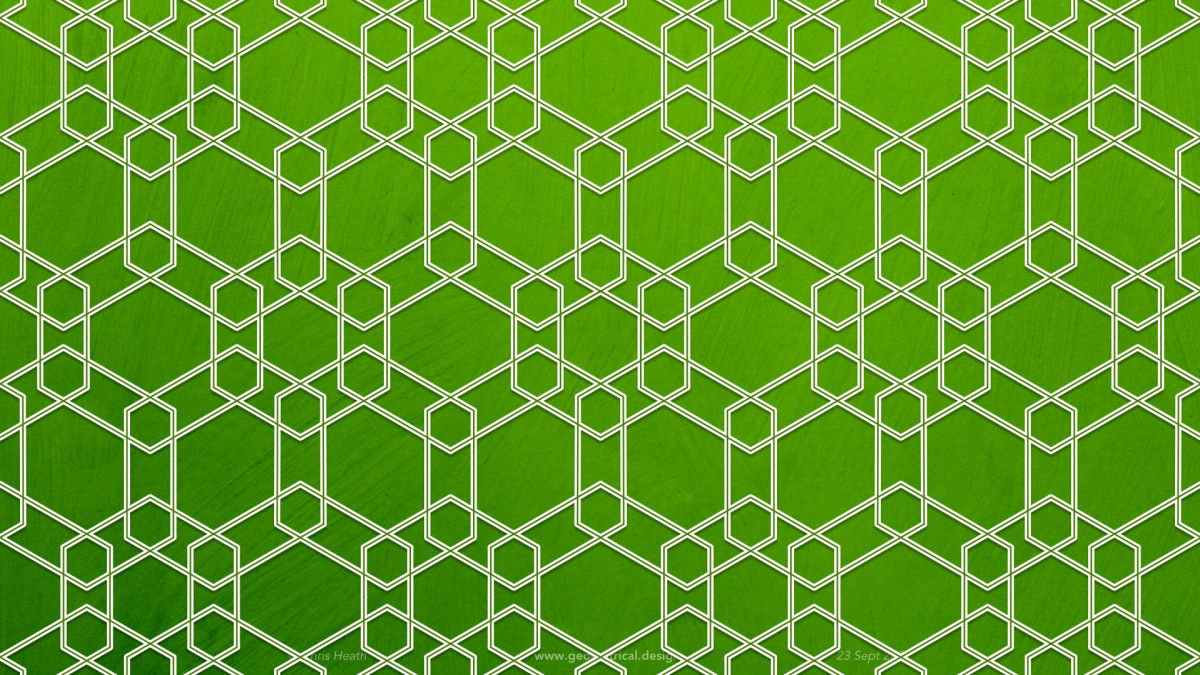 If you study the image above, you will see the same polygons nested within the same polygons. From the outside in, the size of each polygon is related to the next smaller polygon by a continuous proportion.

If you construct a geometric progression, you will be embedding dynamic rectangles into the progression. For example, the triangle progression if drawn to infinity, will reveal infinitely more root-three rectangles.

Here are the three rectangles mentioned above that are suitable for Islamic geometric patterns (or any repeating pattern).

The title of this post is 'Dynamic Symmetry, Geometric Progressions and Islamic Geometric Patterns', so now it's time to look at a pattern. The pattern is a six-fold pattern. As shown below, the pattern is made up of hexagons that are related in size by the square root of three. This is important, because this proportion is useful for verifying traditional six-fold Islamic geometric patterns.

After introducing you to the geometric progressions and dynamic rectangles, it should come as no surprise when I tell you that the pattern's unit of repetition can be either a triangle (equilateral triangle to be precise), or a root-three rectangle. When looking at the rectangular unit next to the triangular unit, it can at first glance be difficult to believe that when tessellated, both units will create the same pattern as shown on the right.

However, a triangular unit of repetition is not as practicable when it comes to tessellating the pattern over a surface. Tessellating rectangles are so much easier, probably because, for example, right-angled vertical and horizontal lines are easier to set out across a wall, compared to setting out a triangular net with 60˚angles.

Also, when drawing on paper, a rectangle is better at maximising the available space. This would have been an important consideration when resources like paper were scarce. Maximising the unit on the surface of a piece of paper also makes best use of the paper and reduces errors by improving precision. Drawing at a larger scale is easier than drawing at a smaller scale, e.g., within a circle or a triangle.

P.S. I don't know if there is a historic version of this pattern in existence. My focus these days is exploring the geometry behind patterns; not so much where the pattern may be found. If you have seen this pattern on a building somewhere, please let me know.